Visit all the monuments of Piazza dei Miracoli with a single ticket! 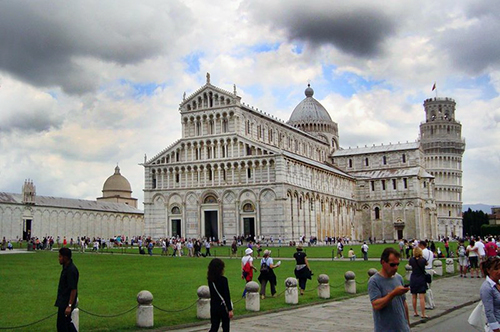 Visit the monuments of Piazza dei Miracoli with a single ticket - Leaning Tower NOT included! 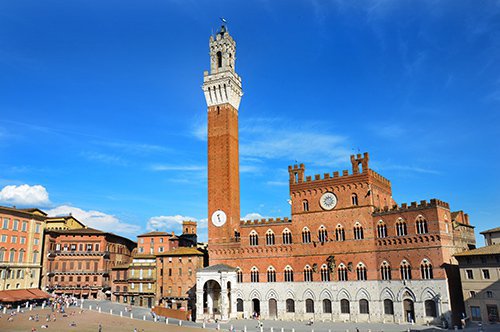 Discover Tuscany and its main attractions with this full day tour! 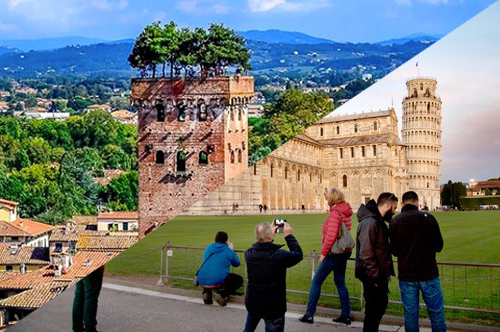 Visit Lucca and Pisa, two of the richest Tuscan cities as for history and art. 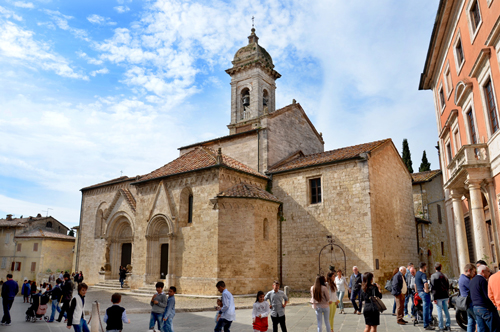 Brunello di Montalcino, the noble wine from Montepulciano and the pecorino from Pienza! A full day excursion to discover the Tuscany countryside on a Vespa scooter! Turin in a day from Florence

Enjoy this independent tour and discover Turin, a city full of charm with a lot of style and elegance. 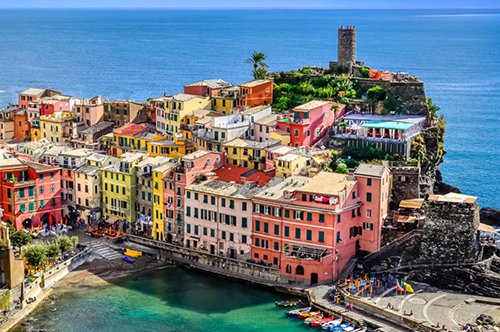 Let yourself be enchanted by one of Italy’s most amazing landscapes! 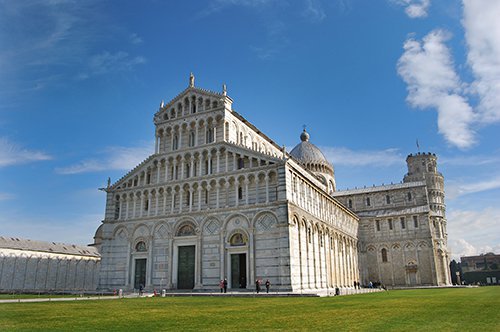 Pisa from Florence: Piazza dei Miracoli and the Leaning Tower

Take advantage of this half day tour to the discover Pisa! 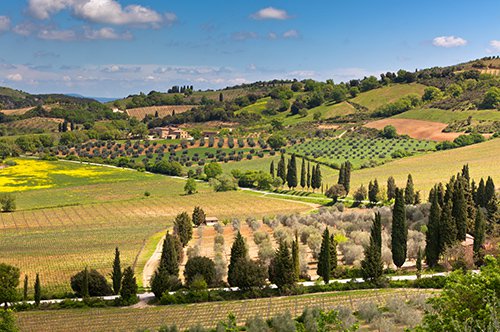 Let us take you to the heart of Tuscany to discover Chianti, its flavors and colors! 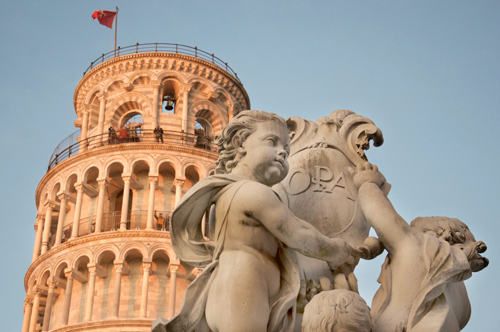 Leave Florence to spend half a day exploring this wonderful city! 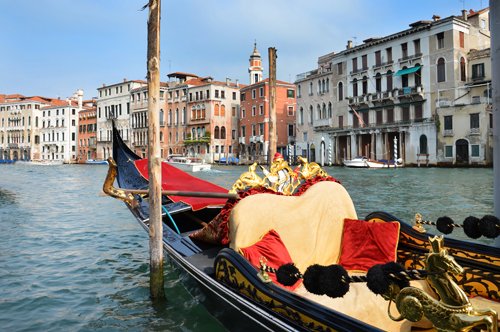 Venice in a Day from Florence

Venice is now closer than ever from Florence with this independent tour. 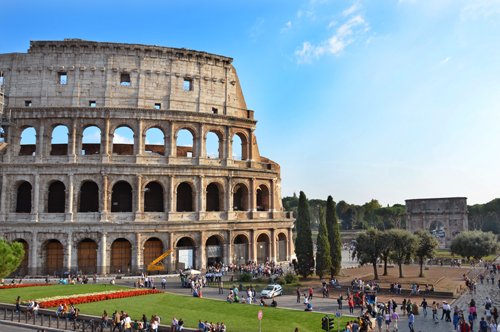 Rome in a Day from Florence

Day Excursions from Florence: Enjoy your tour with a private guide! 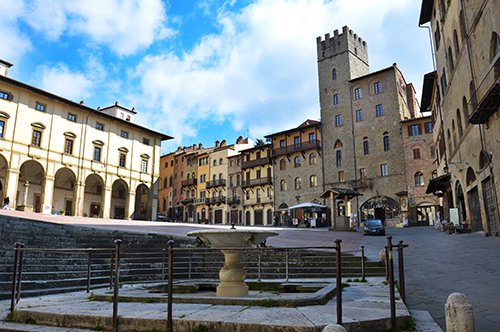 Visit Arezzo with an experienced guide and discover Piazza Grande, the Duomo and the hidden treasure of the Eastern Tuscany! 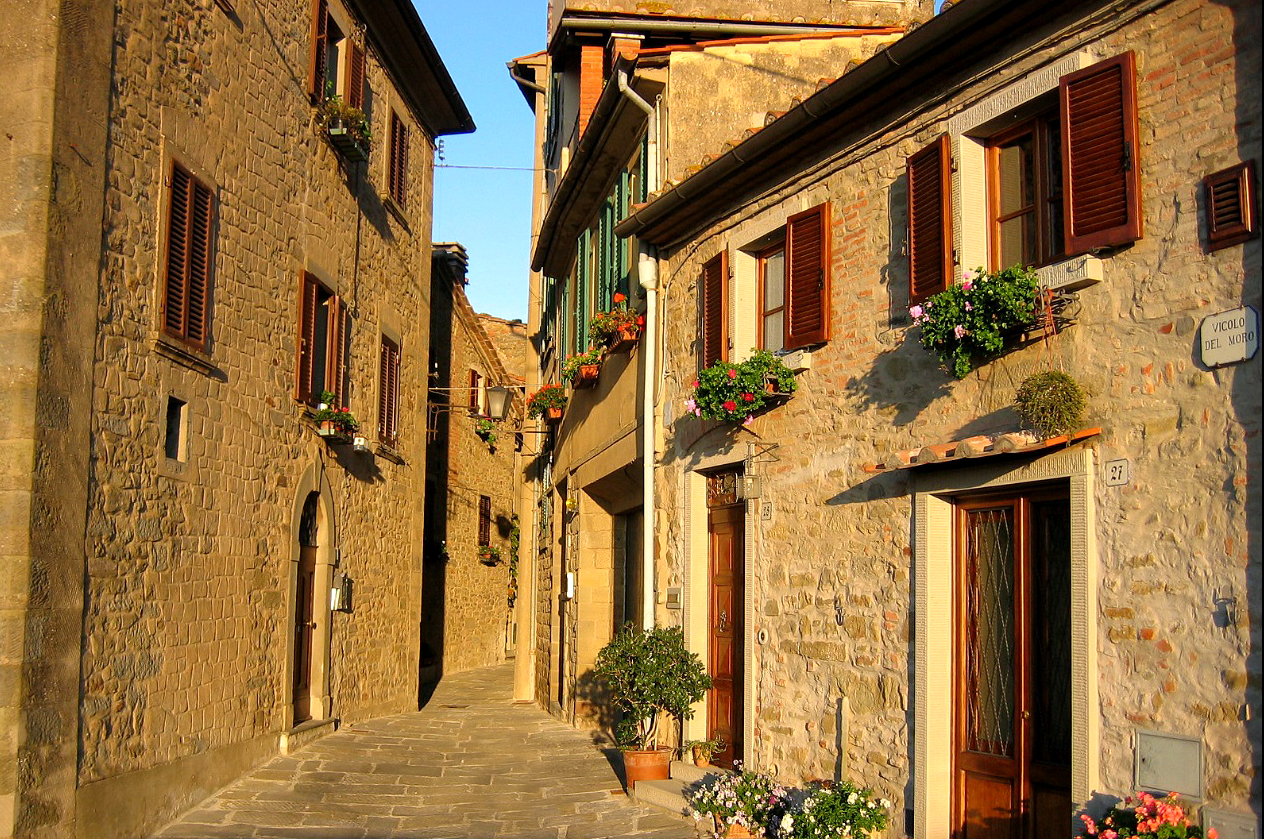 Discover Cortona with a private guide and visit the center of the Etruscan culture and location of the movie "Under the Tuscan Sun"! 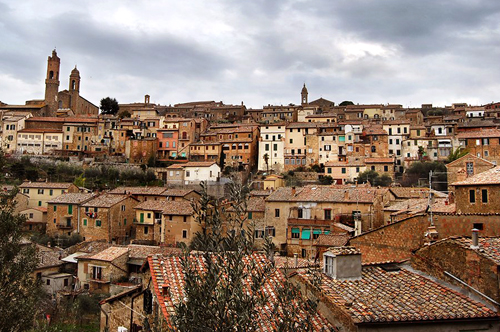 Visit Montalcino with a private guide, discover its medieval fortress and taste the well known Brunello of Montalcino! 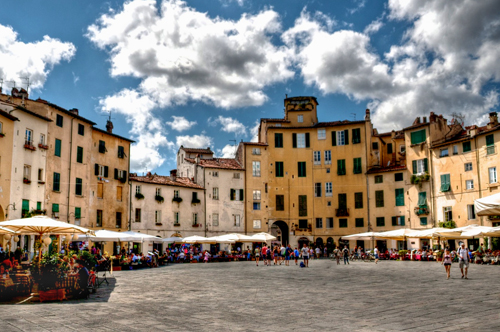 Visit Lucca with an expert guide, admire the Amphitheater Square and take a walk on its Roman walls! 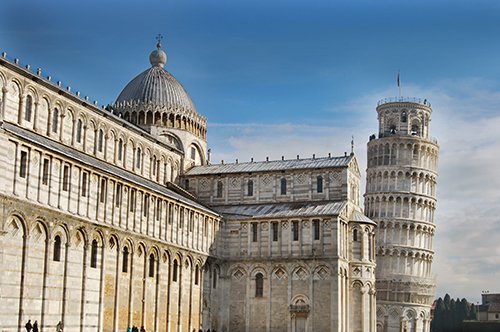 Private Tour of Pisa and the Leaning Tower

A fascinating private visit to the famous Leaning Tower, the Cathedral, the Baptistery and the Camposanto! A private guide at your disposal to visit Pisa and admire its beauties as Piazza dei Miracoli and the Baptistery! 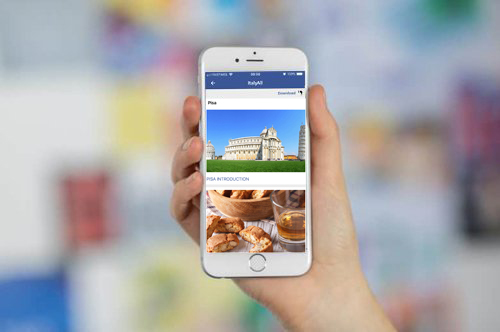 Visit Pisa in total autonomy and get to know the city on your own: download the app 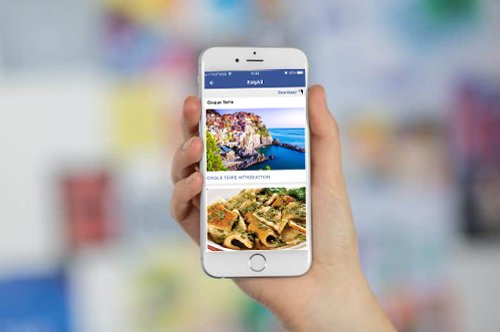 Discover five villages with a charming panorama with the traditions and culture of the Italian coast: download the app!

Florence is one of the most beautiful cities in the world, rich in museums and historic buildings, monuments and squares, all of them of great artistic and cultural value. Florence is an open-air museum, not in vain has been included within the sites declared World Heritage by UNESCO.
Florence is a city where you can discover the history and the most famous people in history and its significant wealth of art and culture; a chest full of history, charm and beauty and a real treasure with artworks of inestimable value.
After visiting Florence and its architectural heritage, you can also spend a day discovering its unique and beautiful surroundings, but not only that; you can visit other Italian cities as Pisa, Siena, Venice, Rome, Milan and much more.
Italy Museum recommends you also:

Pisa is one hour away from Florence. When talking about Pisa it is inevitable not to refer to its leaning tower, but this impressive belfry is just one of the many monuments that this beautiful city has to offer. Start your tour in the beautiful Piazza del Duomo, where you will find a unique architectural complex in the world known as Piazza dei Miracoli (Square of Miracles), where the main monuments of the city are located: the Leaning Tower of Pisa, the Duomo, the Baptistery and the Camposanto (Monumental Cemetery).
Another mandatory stop in your visit to Pisa is the Piazza dei Cavalieri (Knight’s Square) that was designed by Giorgio Vasari, it takes its name from the headquarters of the Order of the Knights of Santo Stefano at the request of Cosimo I de’ Medici. Piazza dei Cavalieri is decorated with allegorical figures and zodiacal signs. Here you can also find the Palazzo della Carovana (Palace of the Convoy), the current headquarters of the Scuola Normale di Pisa, and the Clock Tower.
If you like museums, visit the Royal Palace, built in 1159 and renovated by order of Cosimo I de’ Medici between 1583 and 1587. The Royal Palace became the seat of the National Museum of the Royal Palace in 1989 and contains masterpieces made by Artists like Raphael, Canova, Guido Reni; also included in the Palace are: armors, private collections of flamenco paintings and much more.
On your tour of Pisa, you can not miss the Borgo Stretto, one of the most typical and oldest neighborhoods in the city. This neighborhood is rich in historical buildings belonging to the 14th and 15th centuries, you can walk under the portico of the medieval markets that housed the streets that open in small squares; in the neighborhood of Borgo Stretto you can admire the Casino dei Nobili, an 18th century building.

You can get to Siena from Florence in 1 hour. Surely Siena is one of the most visited cities in Tuscany and, although one day is not enough to see everything, you can get an idea of this place rich in history, art, and tradition.
Start your itinerary in the heart of the city, visit the wonderful Piazza del Campo, one of the most emblematic places in Siena. A square shaped like a shell, unique and unmistakable due to the brick color of the terracotta floor as well as the lining of the buildings. In the square, there are several majestic buildings, among them the imposing Palazzo Comunale, in brick and marble, which houses the Civic Museum with masterpieces of the art of Siena and Tuscany. Visit the Torre del Mangia, an old bell tower of the municipal building built in 1338, after climbing 400 steps, you will enjoy a charming view of the city. Also overlooking the square is the Fonte Gaia, the fountain of the city decorated in its original version, with sculptures by Jacopo della Quercia.
Strolling through the streets of the city among the many shops and businesses that sell typical products, you will reach the Piazza del Duomo, where the treasures of Siena are located: the Duomo, the Crypt and the Piccolomini Library. The Cathedral of Siena is one of the most notable examples of Romanesque-Gothic Italian style, enriched with works by Donatello, Nicola Pisano, Michelangelo, and Pinturicchio. The Baptistery of Siena was built in 1300 with the expansion of the Duomo. The interior of the Baptistery is very well decorated with frescoes by Siena artists from the Renaissance period and in the center is preserved the beautiful baptismal fountain where sculptors such as Jacopo della Quercia, Lorenzo Ghiberti, and Donatello worked. In the right corridor of the Cathedral is the Museo dell'Opera del Duomo, one of the oldest private museums in Italy.

Venice in a day from Florence

The charming and mysterious city of Venice is accessible in 2 hours from Florence by high-speed trains.
Discover the extraordinary history of Venice; a city made up of 120 islands located in a large lagoon. Venice is a city full of legends and stories that accompany its founding, from the “Most Serene Republic of Venice” to the unification of Italy.
Spend a day discovering its unique and beautiful surroundings. On your walk, you will get to discover Venice, passing by some of the most evocative corners of the city; from the La Fenice Theatre, one of the most prominent Opera Houses in Italy and the world, to the “Scala del Bovolo”, an extraordinary example of Venetian architecture: Gothic art mixed with Renaissance.
Stroll through the elegant area around the Rialto Bridge, a graceful arched stone bridge lined with arcades and shops on either side; this was the first bridge built over the Grand Canal to connect two different parts of the city.
Let yourself be enchanted by Piazza San Marco, built in the 9th century and paved in 1177. Piazza San Marco is the lowest area of Venice; therefore, it is the first area to be flooded with high water. The most important buildings in the square are the Basilica of San Marco, the Doge’s Palace, the Correr Museum, the Campanile and the Clock Tower.
Visiting Venice is a unique experience that will remain in your mind forever!

Rome in a day from Florence

Rome is a true open-air museum where you will find masterpieces at every turn now closest than ever in an hour and a half by high-speed trains.
Discover the most important squares, fountains, monuments, archaeological sites and attractions of the Italian capital.
Spend a day discovering the “Eternal City” called like this by the ancient Romans, as they believed that city of Rome would always remain standing no matter what happened in the rest of the world. Exploring the city centre on foot is the best way to make the most of your stay. Each step will be surrounded by impressive monuments and colossal remains that will make you understand the glory of the imperial city.
Stroll through Piazza di Spagna, at the bottom of the Spanish Steps, pass through the Pantheon, the Navona Square with the Fountain of the Four Rivers, the marvellous Trevi Fountain, one of the most famous fountains in the world.
Let yourself be transported to the past crossing the Ponte Sant’Angelo and admire the imposing Castel Sant’Angelo. Not far, you can cross the threshold of the Vatican City, where you will have the opportunity to admire the beautiful St. Peter’s Basilica, the Vatican Museums.
A unique experience certainly not to be forgotten!